The undergraduate students of 1st and 2nd BA English undertook several projects under Teresian Rural Outreach Programme (TROP) and Extension Activities for the academic year 2017-18.Realising the importance of collaborating with organizations that are in a position to extend a helping hand to the underprivileged, the department this year encouraged the students to impart English speaking and writing skills to over 200 students of two Government schools in Kochi and also associate with Venda, an NGO working against drug abuse in the city. The students were provided with unforgettable opportunities to experience life outside of their protected environments and also contribute to a brighter tomorrow of many young ones in their own ways.

The Department of English collaborated with the Fourth Wave Foundation to
Work on undertaking trainings/awareness creation/sensitization workshops at government schools within the educational jurisdiction of Ernakulum with student volunteers from St Teresa’s. It was agreed that St. Teresa’s student Volunteers would be assigned trainings and provided with necessary training materials to impart them. They would be assigned 40 credit hours with Project VENDA, across three years of which 10 would be an investment on the student volunteer by FWF on building and imparting content knowledge and presentation skills for the required services.30 hours would be graded on school visits and trainings undertaken.

On the 23rd of June, 2017, a collaborative venture of the Department of English with the Fourth Wave Foundation titled “VENDA: Say No to Drugs” was flagged off with some cultural events in the Platinum Jubilee Auditorium of the College.  Project “VENDA” initiated by the Fourth Wave Foundation aims at helping teenagers to resist the temptation of substance abuse and to rehabilitate those addicted to it. The collaboration with the department was brought about and organized by Dr. Latha Nair, Associate Professor of the Department of English. 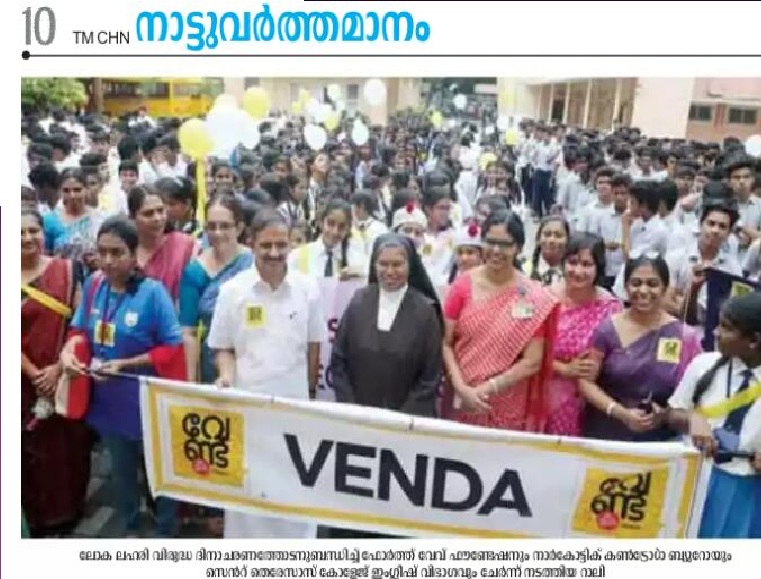 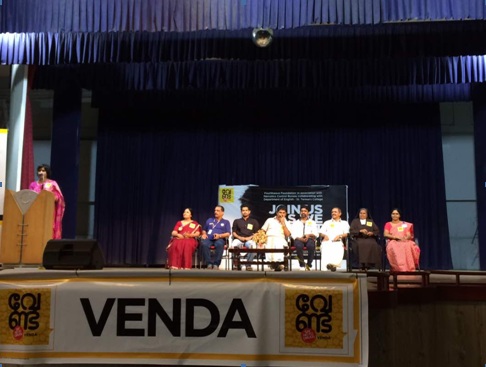 The TROP activities of the students kick-started with 15 first year students attending a four-day training programme at the Venda office at Mamangalam from 11th to 14th October, 2017.The students were briefed on the work carried out by the organisation as well as the significant role they play in today’s society. They were also given insights into the programme VENDA and introduced to the various methods that they use to impart knowledge to children of today on how important it is to say no to drugs. The students reported that all the faculty members of Venda were extremely warm to them and they were made to feel at home.

The programme had in store for the expectant students, exercises like presentations and debates. The topics for presentation covered an array of themes like proving one’s uniqueness logically and scientifically,the power of choices, the adverse effects of drugs on our families and societies etc. These exercises greatly helped them to practice and develop their presentation skills. The team members also gave them a mock of their content presentation in detail.

The team of girls were also introduced to the nuances of drugs,substance abuse as well as the bodily changes resulting from drug intake, equipping the girls to understand the social nuisance that drugs pose with more clarity. Their training session furnished them with experience and information to carry out effective classes and presentations on the topic themselves. 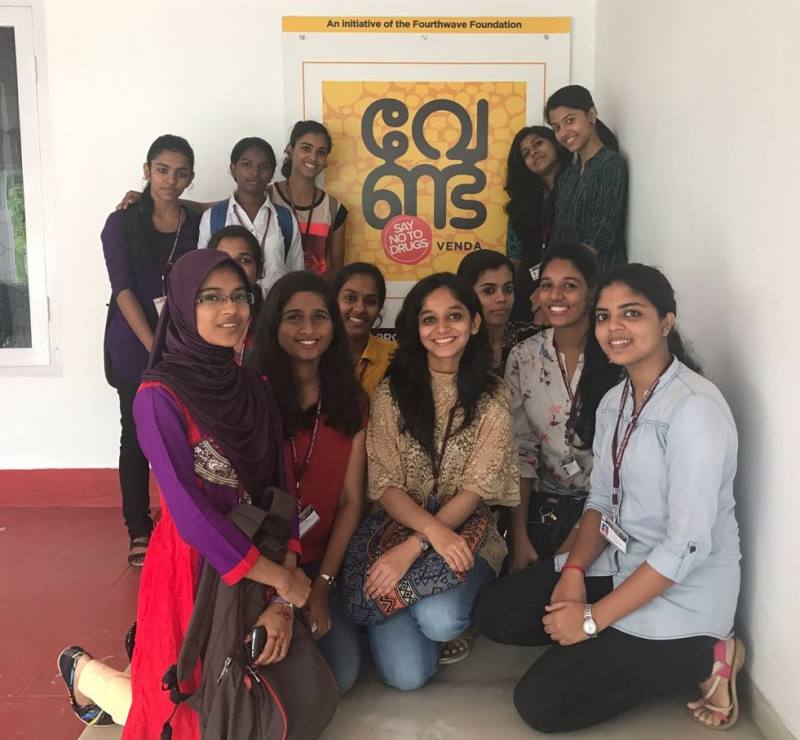 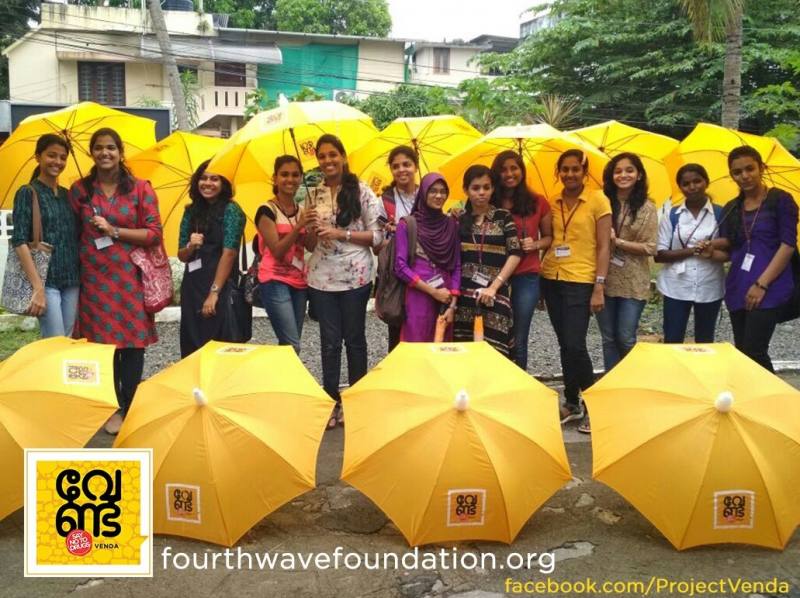 Another set of girls from the first year were called upon in January 2018 to help the Venda team with a programme at GHSS, Kandakadavu.The girls were briefed on their work for the day. While some of the girls were called in to help out with registration, the others were asked to assist in taking the students from the main seminar hall to the counselors. At 10:30 there was an inaugural function where the students were introduced to the doctors who had come in for the counseling session. The students reported to the department how educational the session had been. The Venda team kept the girls engaged throughout the day, providing them with constant guidance.But most importantly, the girls realized how they were all living in a bubble,and that there was a completely different world with very different people outside it. It was eye opening for them and they vouched that it did them a world of good.

The last activity with the Venda team for this academic year happened on the 22nd of February,2018. A group of 10 first year students were sent from the department to St Mary’s Higher Secondary School, Chellanam. They met with the Venda team at the school and the day’s work of counselling a group of about 60 students began. While some students helped out at the registration desk, others assisted the Venda team during the awareness class and counselling session. Students in the age group of 11 to 17 took part in the counselling and interactive sessions. 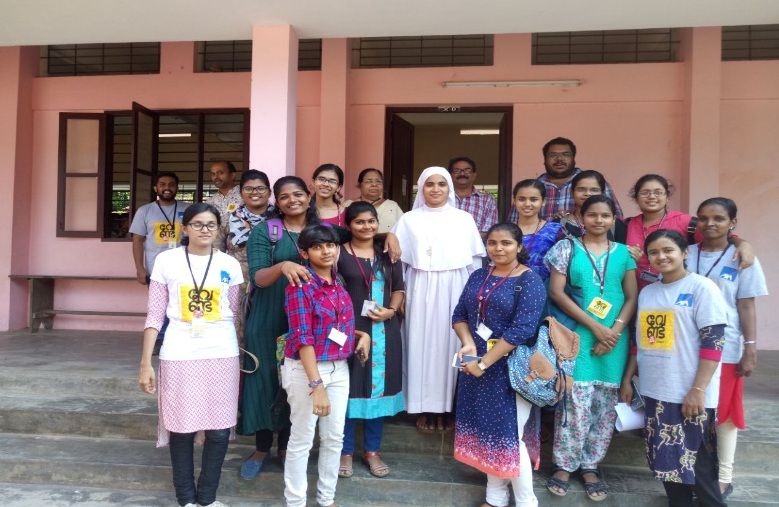 Several of our second-year students set forth to teach English at government schools in the city as part of their TROP activities. A group of 4 students completed 22 hours of outreach programme at Government U.P school,Thamaraparambu,Fort Kochifrom 9th February to 1st March,2018. The teachers of the school greeted our girls warmly and allowed them to teach both Lower Primary and Upper Primary students. The girls initially took classes on moral values and basic manners through some moral stories. As per the instructions of the school teachers, they later moved on to teach students basic grammar. They noticed an aversion from most students towards learning English and attempted to make their classes more interesting and entertaining through games and puzzles. This resulted in the students gradually showing interest and enthusiasm in learning English. The girls also helped the students out in their reading and provided them with tips on how to improve their communication skills.

Another group of 6 second year students got the opportunity to visit Pachalam LP Schooland take class there as a part of their Trop activity. The school had 6 grades from LKG to 4th and each class accommodated about 20-25 students. The girls really applied themselves and took classes on an array of topics and themes like:
1. Self-introduction, etiquettes in class, healthy food habits, conservation of natural resources.
2. English Grammar
3. The Alphabet, Articles, Verbs, Noun, Tenses, Adjectives, Prepositions, Improving vocabulary, Sentence construction

While the first session was conducted in all classes alike, the following sessions differed based on the age group of the students our girls handled.

The principal of the school, Mr. Justin was kind enough to give the girls a time slot from 2:00 pm to 3:30 pm, enabling them to work every day after class hours. They were able to successfully complete 18 hours of teaching.

The students reported back to the department on how this opportunity was a great learning experience for them.The students at the school were full of life and took in everything that was taught.

The school had about 15 children with special needs. The interaction of the girls   with these kids taught them new lessons and gifted them with unforgettable moments. Much to the excitement of our girls, the teachers of the government school reported that many children have now started to abide with the etiquettes they were taught, rendering all of their hard work fruitful. 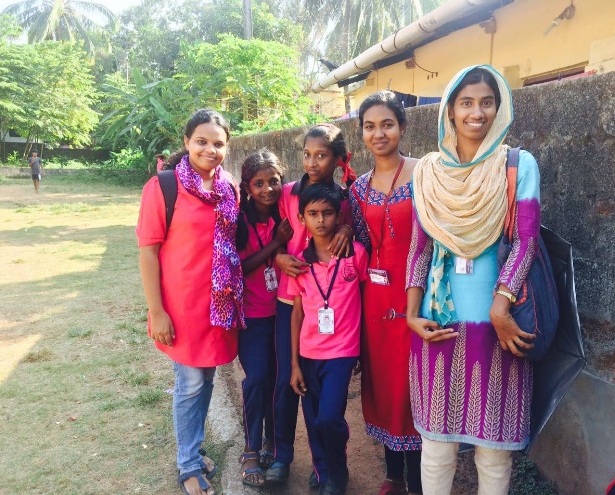 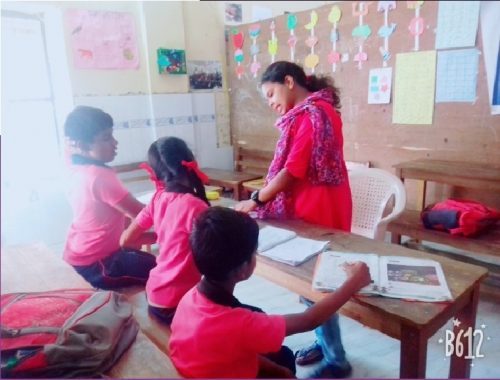 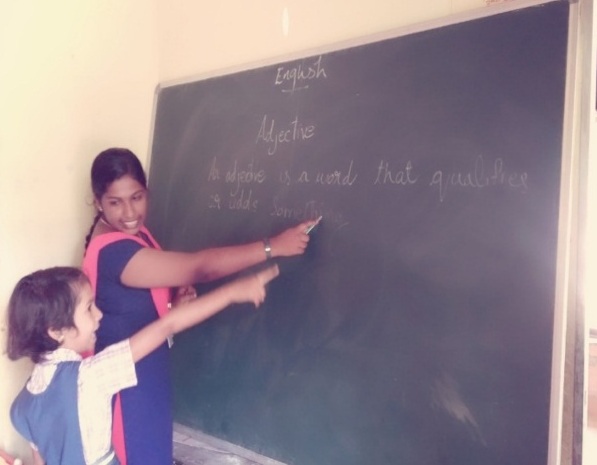 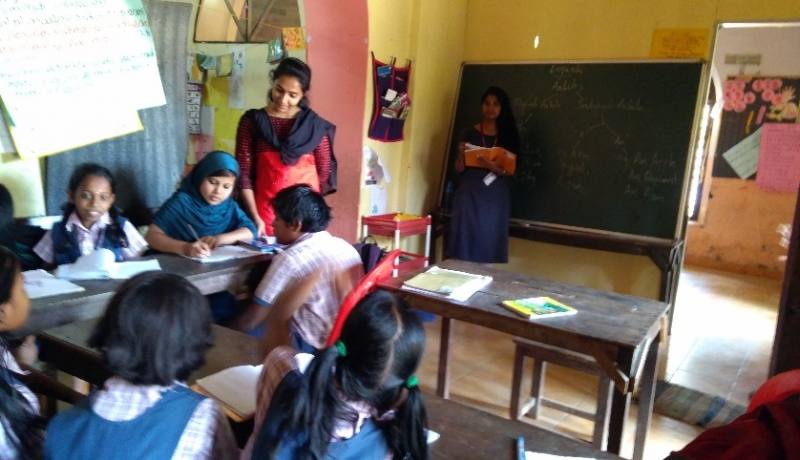 Another group of 10 students from the second year conducted a four-day communicative class at St. Mary’s UP school, Narakal from 12th to 16th of February. The classes allotted by the school were from 1st STD to 5th STD.And each student got a chance to teach in every class.The topics taught were basic grammar and general manners.Grammar included articles, parts of a sentence, gender, plural and singular verbs etc.Each portion was explained to students with suitable examples and exercises. The girls taught them how to introduce themselves and also made them talk about a subject they preferred.

The students from our department found this to a refreshing experience, learning what it meant to be a teacher for the first time. It helped them improve their teaching and communication skills. It also served as a confidence booster.

A six-member group from among the second years visited St.Mary’s C.G.H.S.S, Market Road as part of their TROP activities from 14th to 26th February,2018.They took classes for students from STD 1 through STS 7.Classes were taken during school student’s free hours and also from 2:45 to 4:00. The girls taught them the basics of English grammar like articles, prepositions, tenses and spoken English. They also took classes on personal hygiene. The girls successfully completed 23 hours. The girls got a lot of insight into what it means to be a teacher and realized how it entails a lot of love, patience and sincerity. They found the whole experience to be rather refreshing and encouraging. 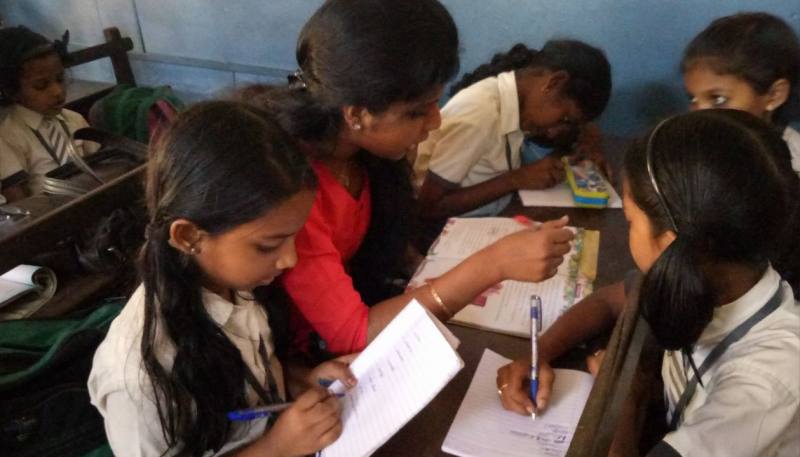 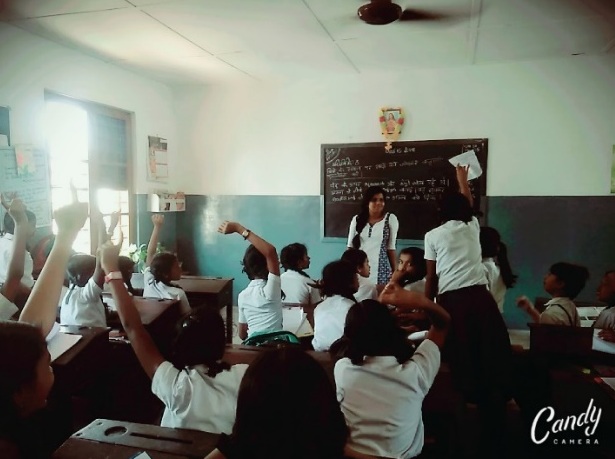