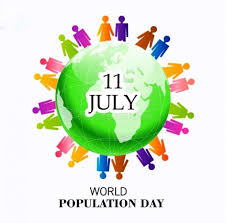 This day mainly focuses on issues like the importance of family planning, gender equality, and poverty, mental health, and human rights. Another greatest consequence of the growing population is the lack of natural resources.  According to the United Nations survey, the current world population is 7.7 billion as of June 2019.

The Importance Of World Population Day