Teresian Rural Outreach Programme initiated in the College is a student led programme of social involvement. The extension activities of the Department for the year 2018-19 were organised at the Children’s home at SRM road and St. Mary’s U P school, Maradu.

A group of 20 students from the second year UG class accompanied by two teachers visited the children’s home at SRM Road Ernakulam at around 2:00 pm on the day. The students had planned different activities and games for the inmates of the Home. They kept the children engaged and entertained throughout the session. They also introduced them the art of origami by making small paper toys and crafts. The inmates enjoyed the time with our students and were very happy. By 4:30, the group completed their activities and returned. 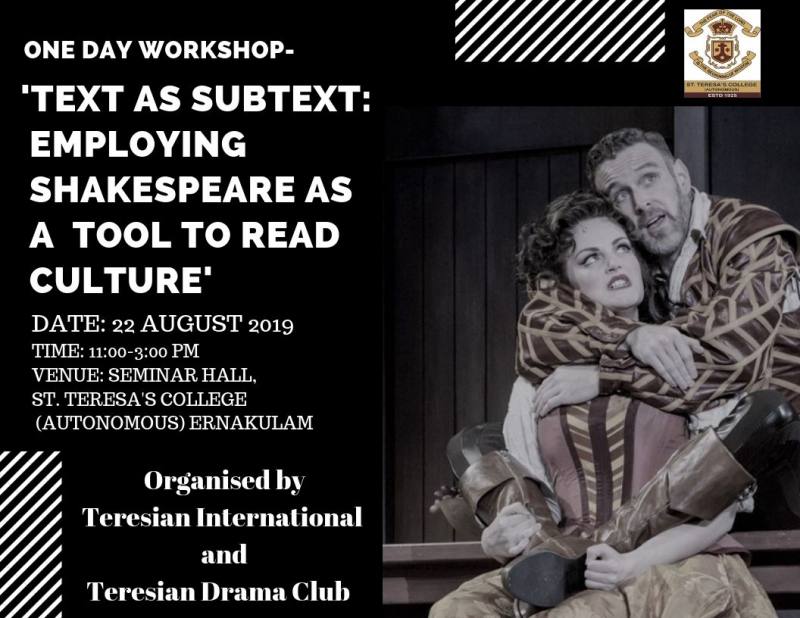 The TROP activity was conducted on 11/9/2018 at St. Mary’s U P School Maradu. 30 students from the 2nd and 3rd year classes were involved in the activity. They organized themselves into four groups and demonstrated breathing exercises and ‘asanas’ that the students could perform and explained the benefits of these to the school children. The student volunteers also trained the children the twelve postures of ‘sooryasana’ and methods of meditation to relax and improve concentration skills. The session lasted for around one and a half hours from 2 o’ clock to 3: 30 in the afternoon.

The students of the department planned to create awareness among the school students of the danger posed by the accumulating plastic waste. Students were introduced to the idea of Green Protocol and were made to realise their role in exercising it. They were also given creative ideas to convert waste materials into crafts and toys. The children enjoyed making dolls out of sponge.  They learnt ways of turning waste into wealth. 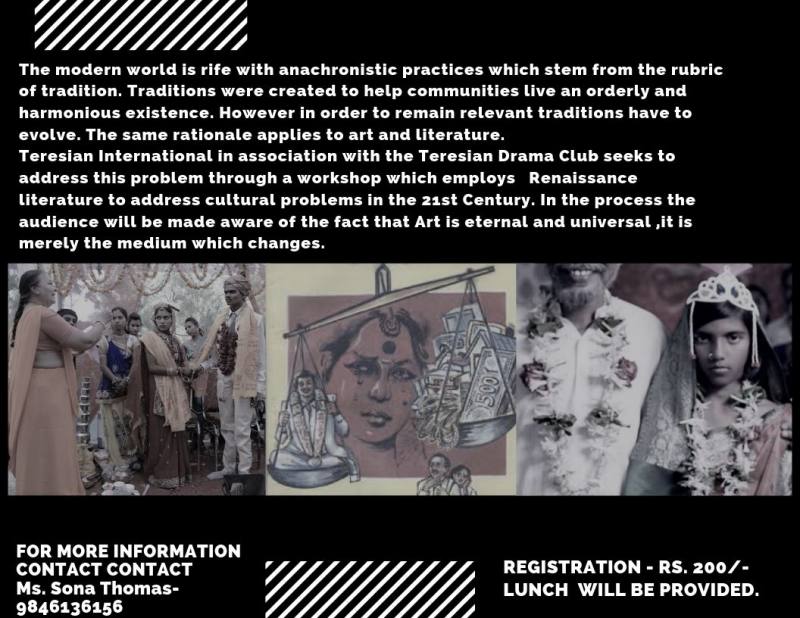 In a combined activity, the second year students of the Botany and Zooloy departments, accompanied by one teacher actively participated in cleaning the Hill Palace premises to make it a plastic free zone. The students gathered at the site at 9:30 am on 19/1/2019. They were also assisted by the palace maintenance and monitoring officials. The students were divided into groups of five and were directed to different pockets of the palace premises to engage in cleaning and were guided by the staff of the palace. The cleaning lasted for around 5-6 hours during which the students cleaned the area off the strewn plastic bags, containers and other materials. 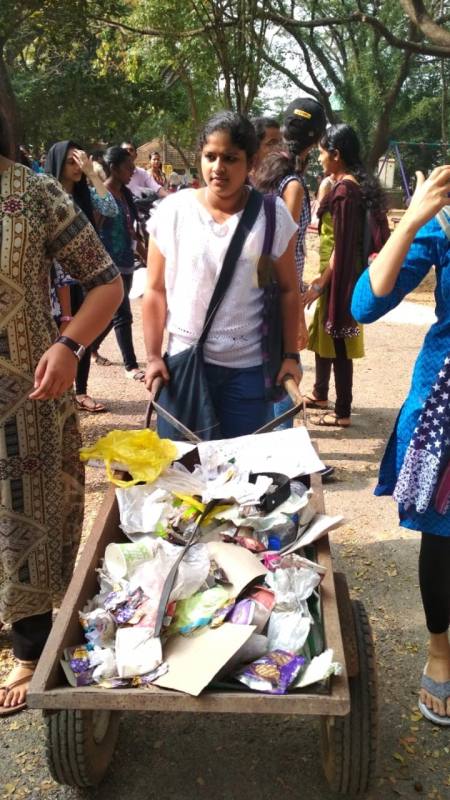 The Department was assigned the Njarackal Panchayat for the implementation of UBA through its TROP activities. As a preparatory phase the teachers of the departments of  Njarackal cluster visited the Panchayat office on 1st of February 2019. The teachers met the Panchayat President, other officials and the different ward members to discuss their needs. In this participatory rural appraisal, the faculty and the panchayat officials agreed to the suggestion of bringing students to attend the Grama Sabha in the different wards which were scheduled for the following week and to demonstrate the various activities the department could offer training. Ward No. 9 was selected where the Grama Sabha was to be held on the 5th of February. 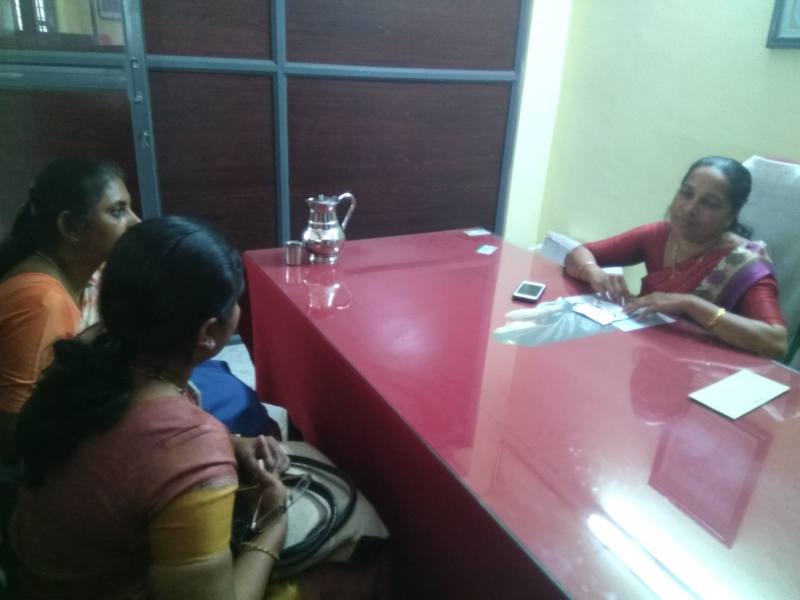 A group of 10 students from the 1st year PG and UG classes, accompanied by one faculty reached the venue of the Grama Sabha of ward no. 9, by 11:00 am. The group were greeted by the ward member Smt. Mary Kunjappan and the Panchayat President Smt. Shilda Ribero. Following the proceedings of the Grama Sabha, the gathering was briefed about the College extension activity TROP and UBA by the faculty Smt. I K Nishitha. The students then demonstrated the art of making Terrariums and the detailed methodology of mushroom cultivation. 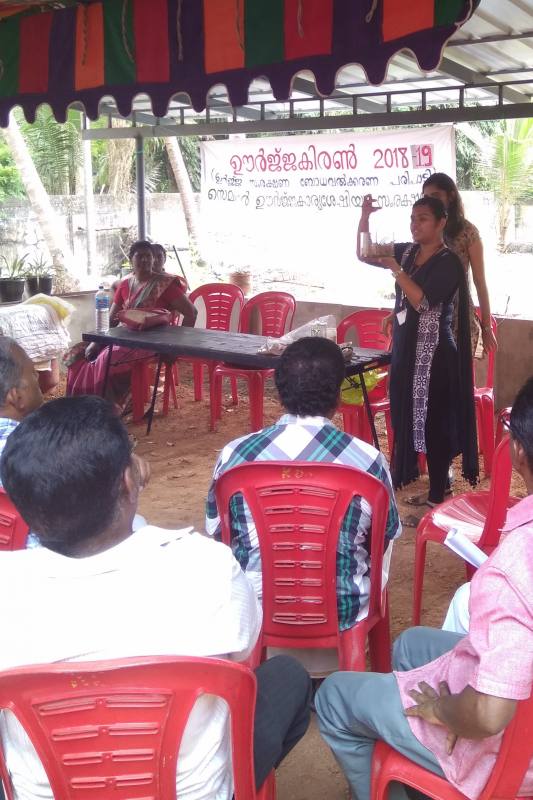