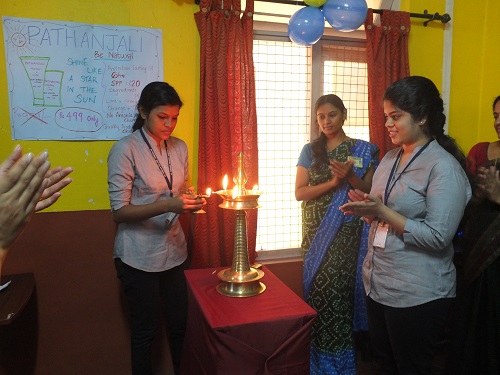 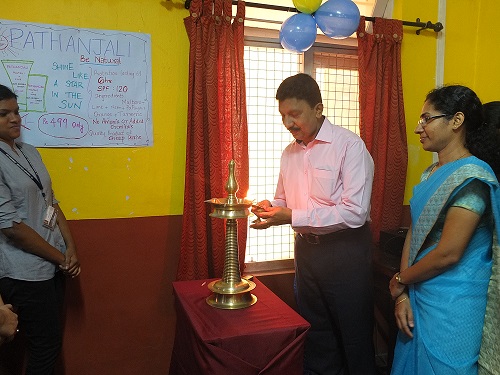 The student association inauguration was held  on the 4 th of July ,2017 in the Sports Department Hall ,St.Teresa’s College .Mr A.V Jose , Head , Learning & Development , ESAF Small Finance Bank , Trichur was the chief guest.Ms Anchal, student of BMS 3 was the master of ceremony.

The session started with an opening prayer song by Selin and Akhila (students of BMS – 3rdsemester) followed by the welcome speech by Ms.Bindu Krishnan . Every department is required to publish a news letter every academic year which highlights all the events and achievements of their department in the past one academic year. Thus our first news letter “BMS Buzz” was released by the chief guest and handed over to Ms.Bindu Krishnan.

It was followed by the speech by the chief guest. He started of by giving an introduction to small finance banks and ESAF bank. Then he moved on to a motivational talk which included a lot of real life experiences from his 25 years of work experience both within the industry and as a academician. He stressed the importance of PHD- Passion for something , Hunger for knowledge and Discipline in life to achieve it. He also told the students that concentrating only on academics is not what the recruiters looked for but they are interested in the general awareness that a student processes of the world around her. He also encouraged the students to make it a habit to read the news paper everyday .He was quite impressed by the response of some our students that he even mentioned that he is willing to recruit students from our BMS batch as the bank will be having a lot of openings coming up in the future.

The new association representatives were invited to come forward and their badges were handed over to them by the chief guest(President –Vaishaki ,BMS 5 ; Secretary –Anchal ,BMS 3 and Treasurer- PGDBA 3). It was followed by the presentation of last years association report by Veronica Sheryl (last years student association President) where she mentioned all the activities of our department in the last year. She handed the report book to the new association student representatives once she finished. Batch toppers of each batch were felicitated and a medal was given to congratulate their achievement. On the occasion of World Environment Day we had conducted an inter department essay completion. The three winners of this competition were given prizes .

The event concluded by the vote of thanks by the new student association President- Vaishaki.