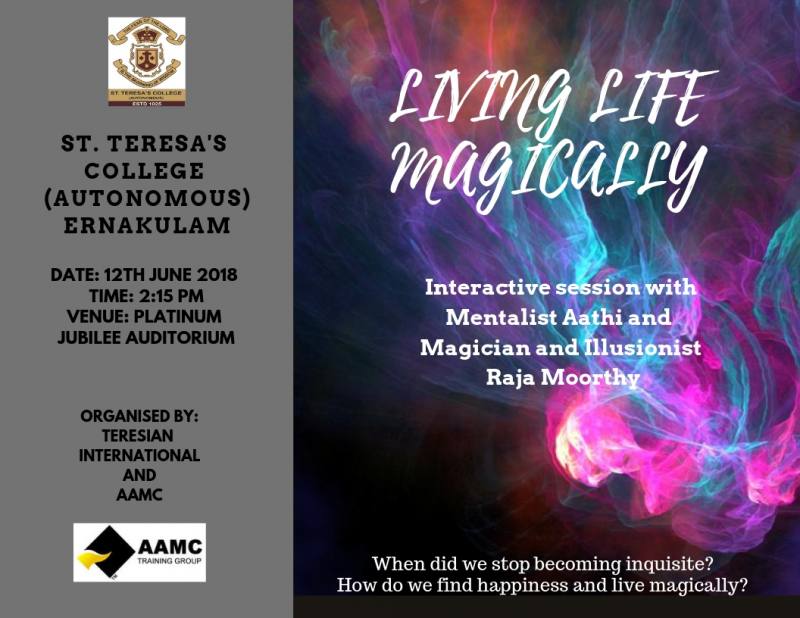 Teresian International and Australia- AAMC organised an interactive programme on “Living Life Magically” performed by Mentalist Aathi and the renowned magician and illusionist Raja Moorthy on 12th June at 2.15 pm in the Platinum Jubilee Auditorium. The students were introduced to the concept of mentalism as a performing art form, in which the artists demonstrated highly developed mental acuity. This art which is a blend of psychology, suggestion/hypnosis, magic and showmanship revealed the power of the human mind to redirect human thoughts which could be used for higher ends.