The formal inauguration of the zoology association was held on 4th July 2017. The function commenced with a prayer song followed by the welcome address proposed by Dr. Reema Kuriakose, HOD. The association activities of 2017-2018 was inaugurated by Sr. Francis Ann, former HOD, St. Teresa’s College (Autonomus), Ernakulam by presenting  a token of life to Dr. Soja Louis, Staff Advisor for the academic year 2017-18.

This year department facilitated two of our former students Ms. Maria Susan Sanjay (won the Best Loyolite Award – 2016) and Jean Mary Joy (cleared CSIR NET-2016) for their achievements. The report of the zoology association and department activities till date was presented by Liz B Moylan, Accociation Secretary. The function concluded by vote of thanks delivered by Sreelakshmi Anand of 2nd DC zoology.

The association inauguration was followed by the ‘Fresher’s day’ celebrations for the I DC students’ (2017 batch) in the afternoon.  Ms. Mitchell M Beviera  of I PG Zoology was titled ‘Miss Fresher PG – 2017′ . 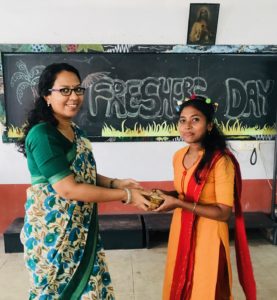 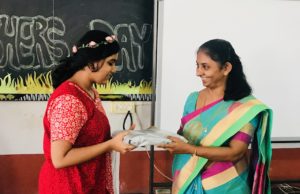 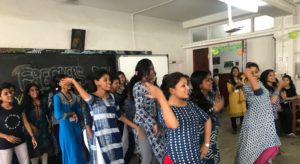