EXTENSION ACTIVITIES OF THE MATHEMATICS DEPARTMENT 2016-2017

EXTENSION ACTIVITIES OF THE MATHEMATICS DEPARTMENT 2016-2017 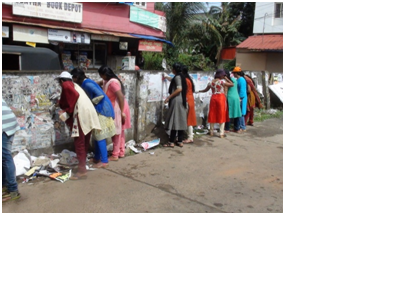 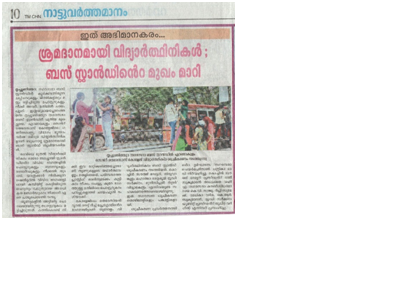 The second clean-up drive was initiated by the first year B.Sc.Mathematics  students on 1st October, 2016 at  Hill Palace-the largest archeological museum in Kerala. The main aim of the programme was to make people aware of the harmful effects of plastics and to motivate them to take care of their surroundings. More than 100 students participated in the cleaning campaign. Mr. Hareesh- the officer in charge of Hill Palace welcomed the team and briefed about the historical importance of the museum. After that the students were divided into small groups and a small area was allotted for each group. Gloves were provided for all students.. Smt. Chandrika Devi, Chairperson,Tripunithura Municipality inaugurated the clean-up drive. The wastes collected by the students were handed over to the municipality authorities. 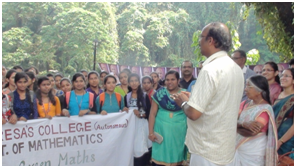 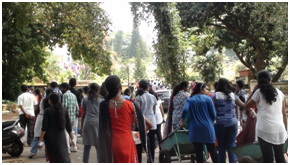 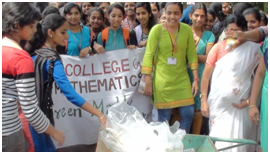 Department of  Mathematics along with Mahatma Mathrubhumi study circle conducted P.Ramadas Memorial Mathematics talent scan exam 2016-17 on 23/10/2016 at Thiruvamkulam .Around 200 students participated in the scholarship exam . Aditya Vijay of  Bhavans Munshi  School was the Top scorer. Kevin Boby of  BhavansMunshi  and Sanjay Sankar of  Sri Narayana School , Poothota won respectively the second and third prize. The ever rolling trophy and Scholarship was distributed on 30/10/16 in the function held at Panchayathall,Thiruvamkulam 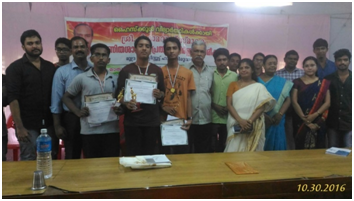 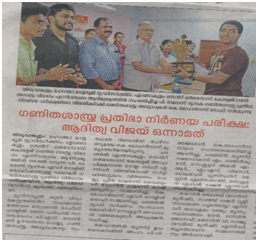 On 22/12/16 the  students from the Department of Mathematics accompanied by two teachers visited the old-age home “Thabitha” and celebrated X’mas with the inmates there . The programme started with a formal inaugural session.  Sri. Renjith Kumar, an active social worker and founder of Mahatma and Mathrubhumi Studycircle  welcomed the gathering. Smt. Thilothama Suresh, ward councilor inaugurated the programme . The gifts were distributed among the inmates and donation for their meals were handed over to the authorities of the oldage home by Smt. Teresa Felitia, HOD Department of Mathematics.After the formal inaugural session the students presented various entertainment programmes and the inmates also joined them. Several games were also arranged and all of them participated actively in all the events. After that the students were given an opportunity to interact with the seniors. The inmates shared their life experiences with the students. They talked about their families and the circumstances under which they came to live in the home. They also shared vital lessons of life with the students who listened intently. The visit to the old age home was a rewarding and heartwarming experience for both the students and the inmates of the home. This visit during the Christmas