Teresian Rural Outreach programme (TROP) aims at reaching out to the marginalized and underprivileged and thus extending its expertise for the benefit of local communities. During the Academic year 2015-16, the TROP activities of the Department of Mathematics was guided by the faculty Ms. Neenu Susan Paul along with the students.

St. Teresa’s Children’s Home for Girls was selected as the TROP area for the academic year 2015-2016.  In the light of the discussions held with the concerned authorities it was found that many of the students were weak in mathematics, and the TROP coordinators decided to extend their wholehearted support to help the children learn the basics of Mathematics. Three classes were planned and were executed on 11th August, 19th August and 10th September of 2015. The students of the department led the sessions and the activities. It aimed at increasing the speed and accuracy of students in solving problems and thus to make them more confident in mathematical analysis. They also helped the children to learn their daily lessons and do their homework. 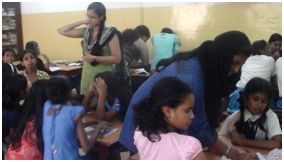 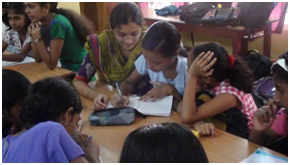 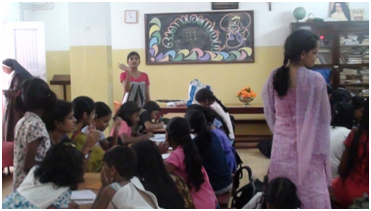 In connection with the TROP activities of the department a clean-up drive was initiated by the students in Hill Palace -the largest archeological museum in Kerala- on 12th December, 2015. The main aim of the programme was to make people aware of the harmful effects of plastics and to motivate them to take care of their surroundings. By the end of the day the students were able to collect around 10 sacks of plastics and it was handed over to the municipality authorities. 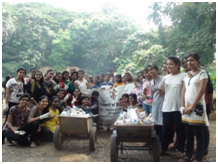 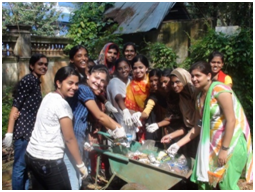 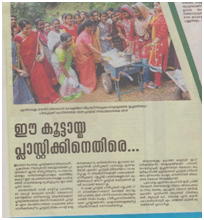 As part of TROP extension activities some students from the department accompanied by two teachers visited the old-age home ‘Thabitha’ on 15th January 2016. The grocery items collected by the students were handed over to the authorities by the HOD of Mathematics. Several games were organized which also included the programmes of the inmates. The visit to the old age home was a rewarding and heartwarming experience for both the students and the inmates of the home. 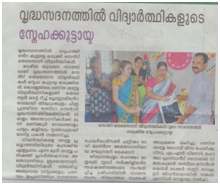 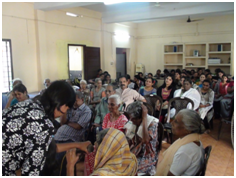 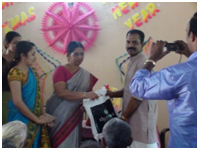