As part of an experiential project in the subject Branding, Innovation, creativity , the Semester III BMS students were grouped into teams and asked to prepare a creative display with the theme ‘ Market thyself’ . The creations were then stuck on the class walls and the two most creative displays as judged by a panel of examiners were rewarded. The activity helped bring out team synergy and creative traits of the students. Some of the creative displays of the students is depicted below. 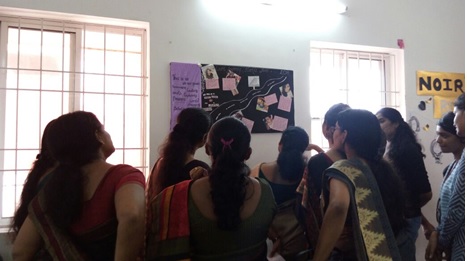