The 12th International and 48th annual ELTAI conference, co-organised by ELTAI (English Language Teacher’s Association of India) and the Department of English and Centre for Research, St. Teresa’s College (Autonomous), Ernakulam is being held at St. Teresa’s College on 29-30 June and 1 July, 2017. The Conference was inaugurated by Justice  (Rtd.) P. Sathasivam, Honourable Governor of Kerala at 10 a.m. on 29 June 2017.

In his inaugural address, the Honourable Governor congratulated ELTAI on their efforts to promote English language teaching. He commented on the status of English as lingua franca and pointed out that it is a language that is spoken in over 60 countries and one that adds to its vocabulary constantly. He spoke of the status accorded to the language by our Constitution when it was accepted as an official language. The Honourable Governor reiterated that regional languages must be given importance as it forms a foundation for foreign language learning, even while English is given its due. The focus, he said, must be on helping students develop effective communication skills in English. Justice  (Rtd.) P. Sathasivam released the conference proceedings and ELTAI journal during the event.

Shri. A.P.M. Mohammed Hanish IAS, Chairman and Managing Director, Kerala State Civil Supplies Corporation delivered the Presidential address. He spoke of the relevance of the theme of the conference- English Language Acquisition: Western Theories and Eastern Practices, and pointed out that such initiatives are vital for promoting English language teaching and learning. 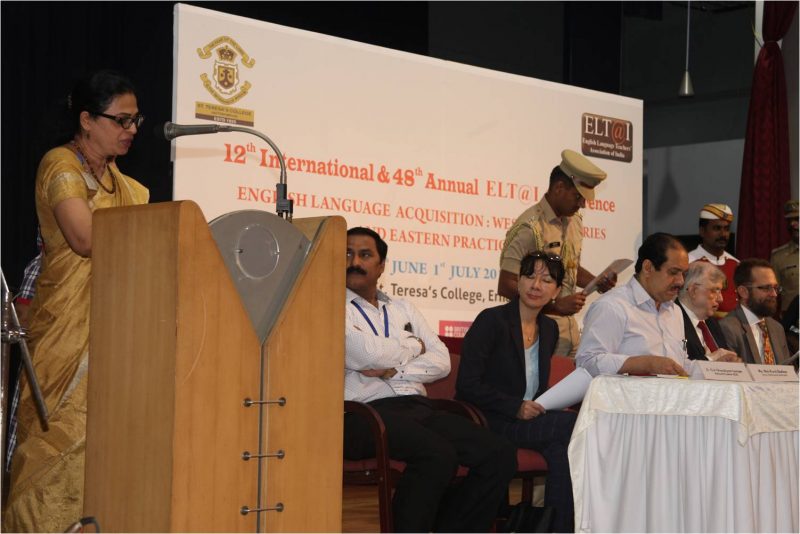