A trip on innovation lane My Story by Mr. Praveen Premkumar

A trip on innovation lane My Story by Mr. Praveen Premkumar

The webinar  ‘A trip on innovation lane My Story’ was held on Thursday, 24th September 2020 from 10 am to 11:30 am by Mr. Praveen Premkumar. The webinar was extremely enthralling and very informative. Mr. Praveen, who is an extremely inquisitive person, described his journey which embarked from the telecom industry,  where he realized that he is someone with a lot of creativity and potential and hence decided to try out the other sectors which made him shift to various other industries in the course of his career. He explored and acquired a lot of knowledge from various industries and told us about the challenges and complications he faced while working in the telecom industry and when he dabbled in the education industry where he worked up until 2013. And it was later that year his journey in Crea worldwide began where he partnered with a friend and focused on manufacturing and supplying bags to renowned brands such as  GAP, Tommy Hilfiger, Aeropostale, Jack and Jones, Vero Moda, etc. However, his journey wasn’t always so smooth sailing, it is from experiences and constant trial and error that he was able to master his art, which began with a bag called ‘Varaha’ a multipurpose bag that is definitely innovative but very highly-priced which was a drawback, hence they decided that it was important for the company to create something environmentally friendly, innovative and affordable. And later that year they came up with the perfect solution the ’Earthbag’, which kick-started their very successful journey in manufacturing and retailing.

Mr. Praveen was able to create an interactive session overall, by engaging the students and the faculty. He also explained the process of getting into the innovative curve, and how times have brought drastic innovation leaps, from ice made in factories to ice made in refrigerators, from the basic Nokia button phones to the touch screens that Apple manufactured, all of which are examples of this leap.

Mr. Praveen ended his session by answering the questions and doubts of the students and the faculty, giving everyone a better insight and something to take back from his one and a half-hour session. 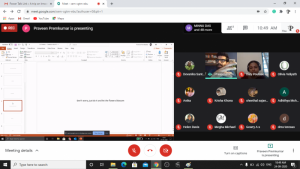 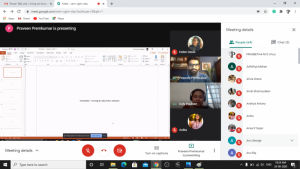 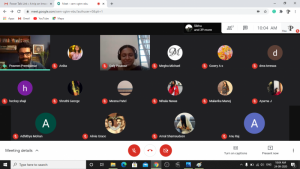 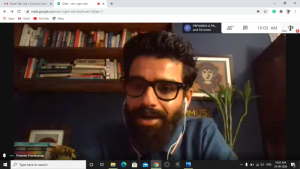