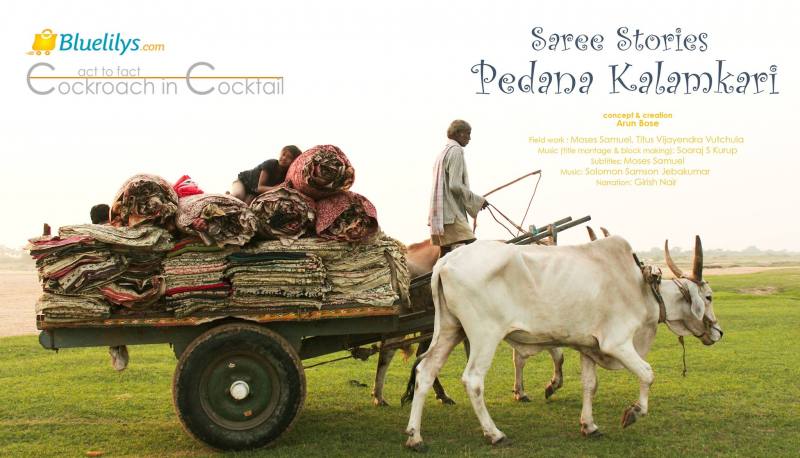 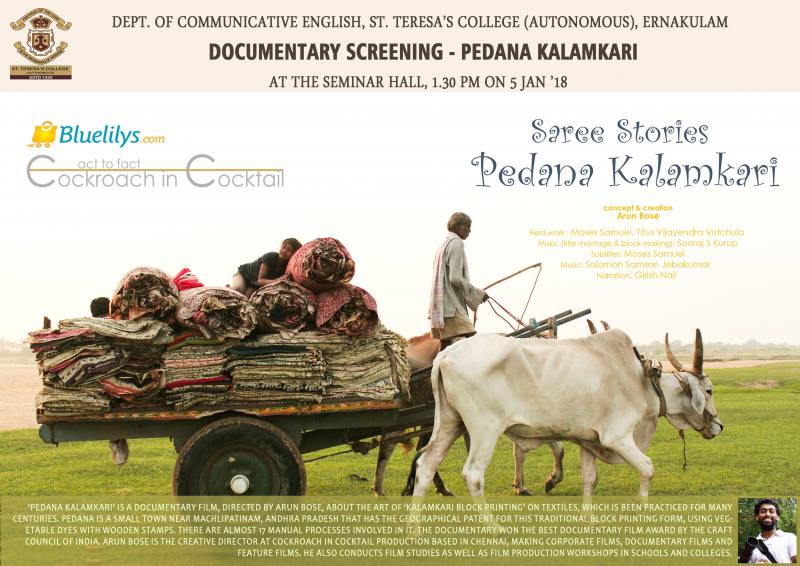 The Department of Communicative English takes great pleasure in organising the screening of the documentary – Pedana Kalamkari directed by Mr. Arun Bose. The screening willl be followed by an interactive session with the director. ‘Pedana Kalamkari’ was adjudged the Best Documentary by The Craft Council of India in 2012. The film is about the art of ‘Kalamkari Block Printing’ on textiles, which is been practiced for many centuries.

Mr. Arun Bose has won prestigious awards which  include the Best Short Film Award ‘My Paper Boat’ at the UNO Copenhagen Climate Change Conference, Denmark in 2010.