‘Cheram Cheranallorinoppam’ was conducted as part of 7 day survey. The event was jointly organized the Cheranaloor Panchayat and St. Teresa’s college Ernakulam. This event was initiated by the central government against the increasing threats of using and burning plastic. The event was inaugurated by respected MLA Sri.Hibi Edan On 24th may 2018 at Edassery.

On 19th July 2018, we conducted the second session of ‘Cheram Cheranallorinoppam’. Second year students of Maths department took part in a survey conducted by Cheranalloor Panchayath.

Students were divided into a group of two. Forms and stickers were distributed to each group. The survey form contained the following details:- Name, House number, Email Id, Address of each member of a particular ward was collected. The members of each ward were very cooperative and were forthcoming. The ward member and ADS supported and guided each group to different wards. 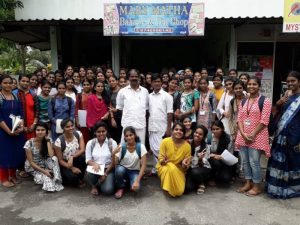 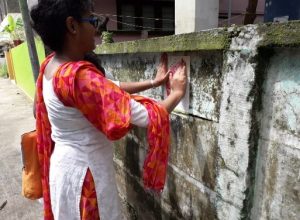 The third session of  ‘Cheram Cheranallorinoppam’ was on 21st July 2018. Our team led by Ms. Binduja Menon , Faculty of the department . The team was welcomed by the ward member Raju and Kudumbashree member Mary and were organised into 2 groups. Our group consisting of 100 members was further divided into smaller groups consisting of two or three members. Each of these groups was provided with survey forms, posters and were asked to take survey in the residents of 8th and 9th ward. We were supposed to collect details like house number, contact details etc from them. We also gave them  awareness regarding the green protocol and its importance. 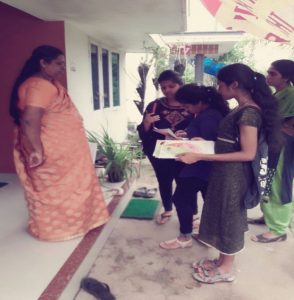 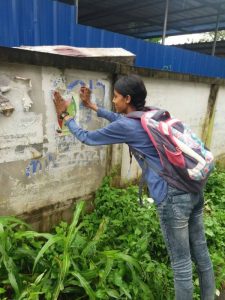