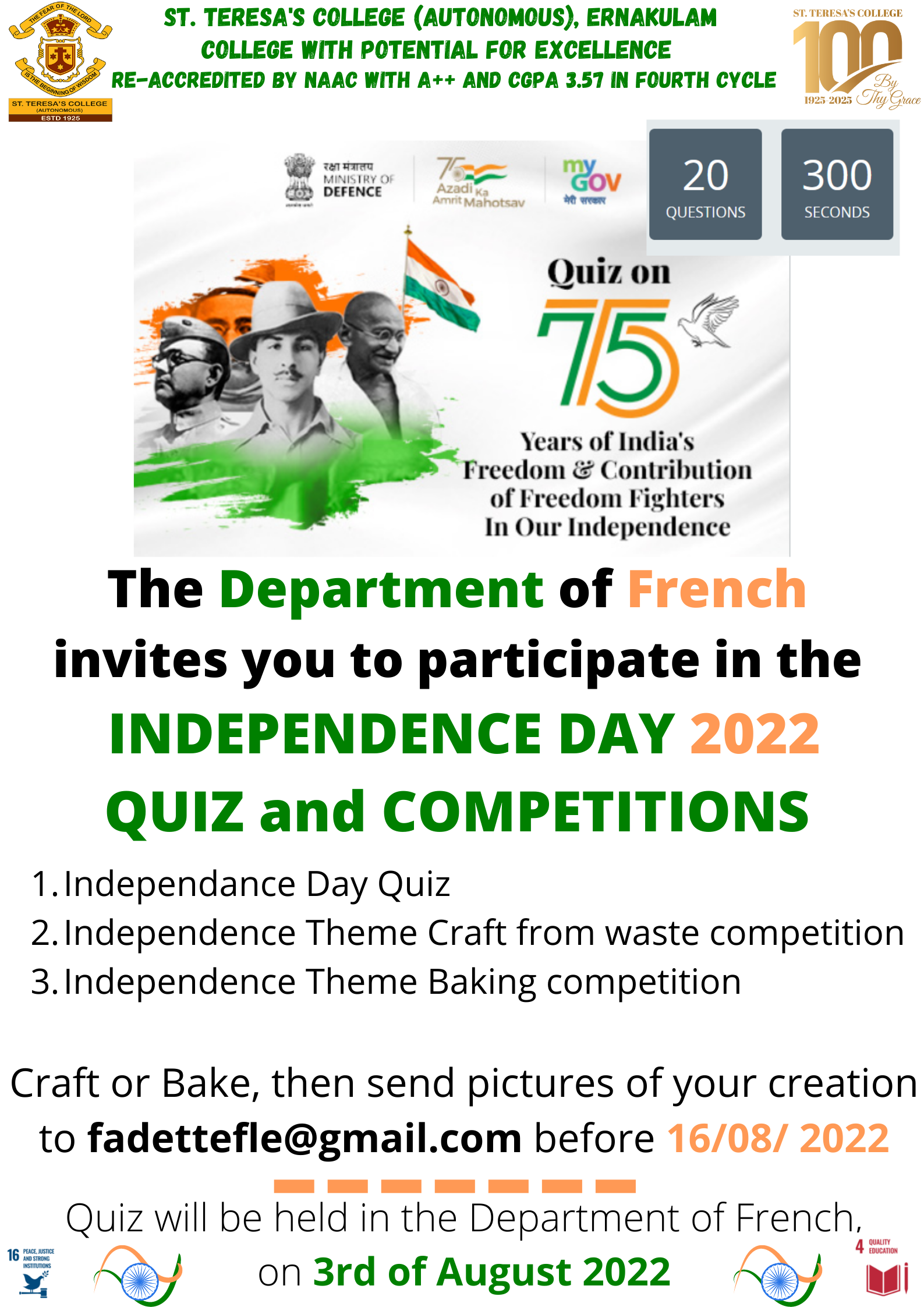 As a part of Independence Day Celebrations, 2022, an online quiz competition on the subjects of “75 years of India’s Freedom- Aazadi Ka Amrit Mahotsav” & “Contribution of Freedom Fighters in India’s Independence” will be conducted by Ministry of Defence in coordination with MyGov.in during 26th July, 2022- 10th August, 2022 in order to create patriotic feeling among youth and masses.